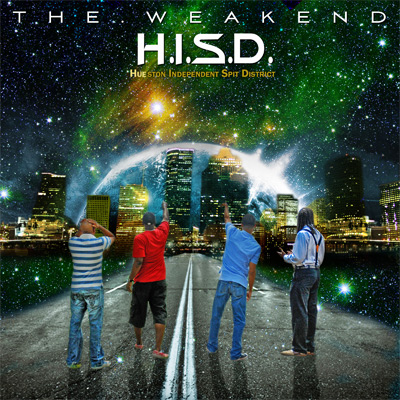 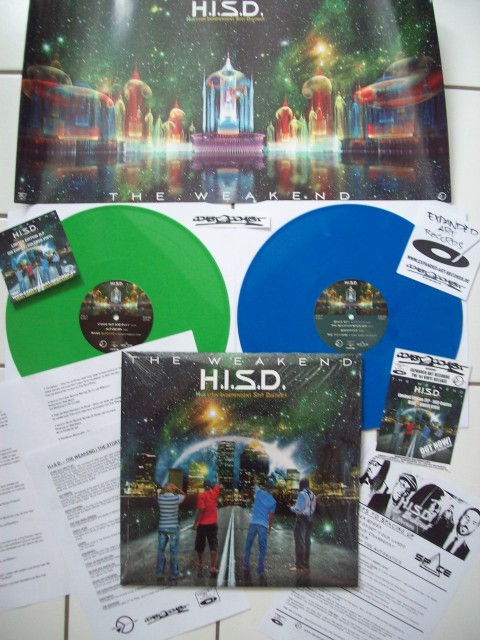 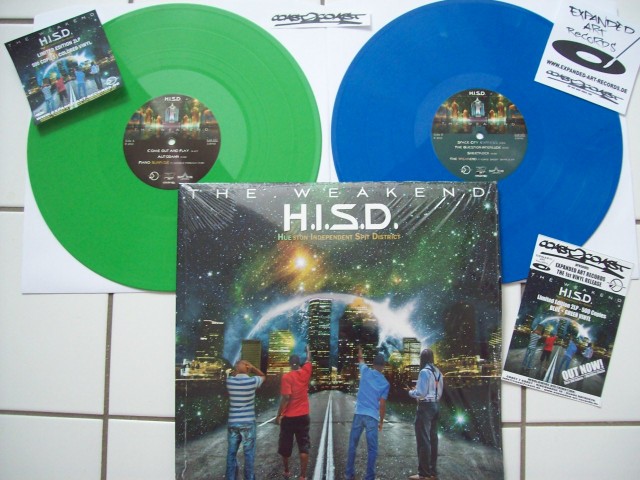 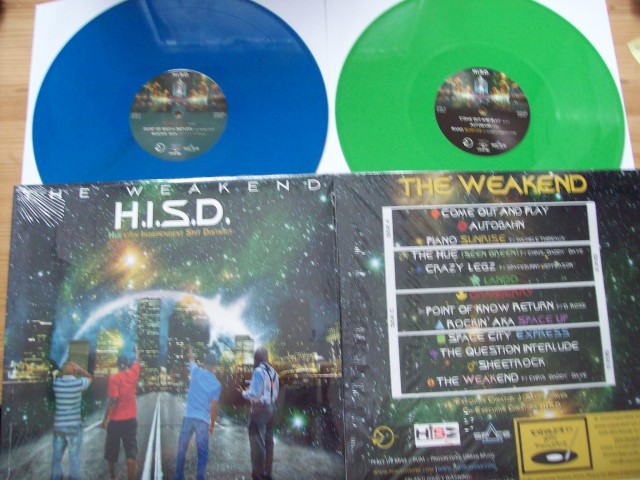 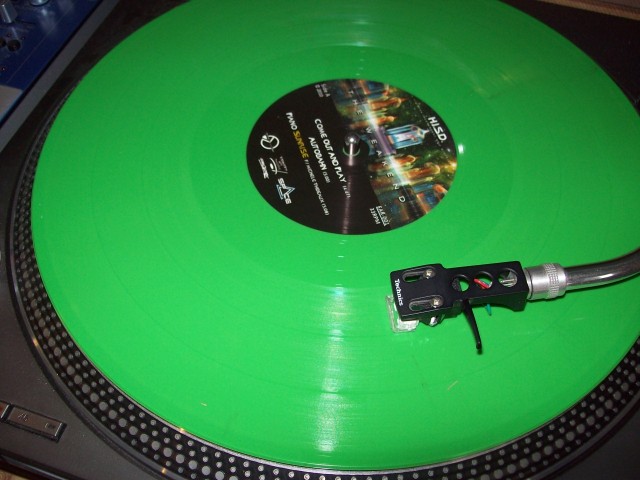 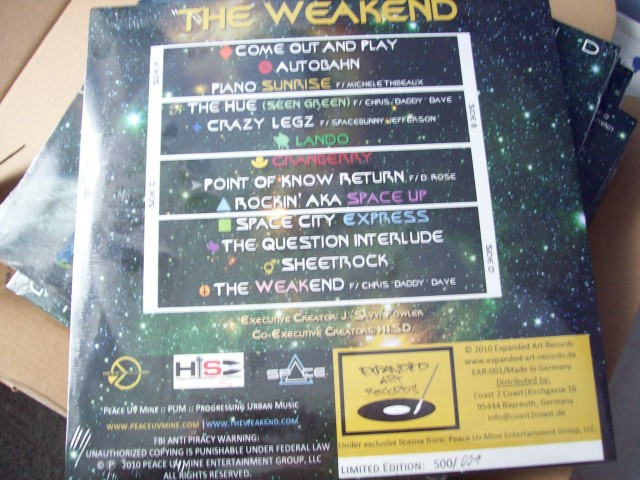 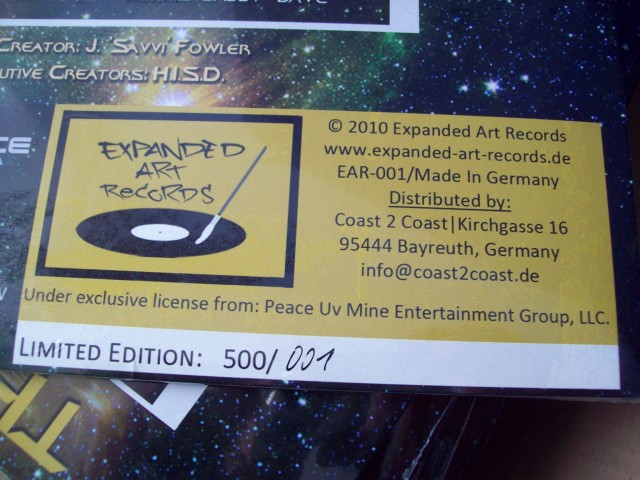 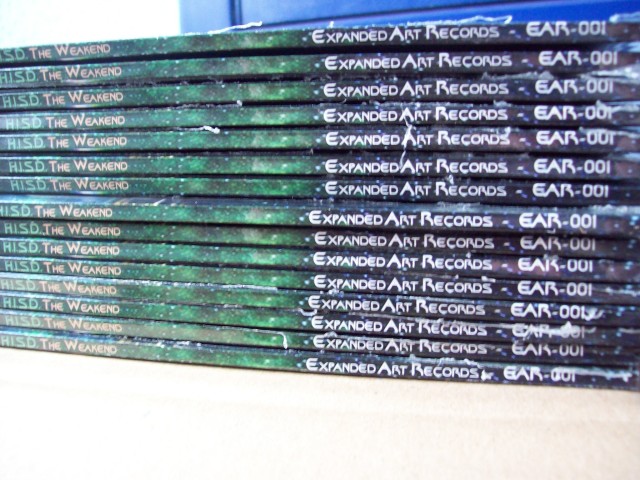 THE STORY ABOUT THE WEAKEND

COME OUT AND PLAY:
The prologue of the story. The members of HISD are each seen wrapping up their Friday routines, and plan on meeting up later for happy hour (or some sort of meeting). After their rendezvous, they load up in Savvi’s truck. As they’re pulling away, they find the street blocked by a large, angry crowd. Cops are on standby, waiting for something to jump off. They seem to be protesting “The Weak”. They even hear one of the protestors saying “They’ve crossed over.” Another spots HISD in the ride and points saying: ”It has to be you!”The other protestors swarm the vehicle, trying to pull HISD out. Of course, the guys have no idea of what’s going on. They manage to break free, and peel away at top speed.

AUTOBAHN:
They pull onto the highway at top speed, and don’t realize how fast they’re going. They see streaks of light passing on both sides of their vehicle. At first, only a few – then it increases until they’re virtually surrounded by a tunnel of light. The vehicle now seems to traveling at an unimaginable speed. There’s a flash, and they end up back on the highway again. Weird, huh? They shake it off and eventually make it home. Everybody lays it down.

PIANO SUNRISE:
They each wake up the next morning, and something seems off. Things look the same for the most part, but certain things are slightly different. They begin to discover that they were transported to a parallel dimension, Space City.

THE HUE (SEEN GREEN):
They experience the colors and people of Space City for the first time.

CRAZY LEGZ:
They are told to go to The District. That’s where they’ll learn of their destiny. On the way, they experience more of the sights and sounds of Space City, and begin to notice that something just isn’t right in this land of vibrant colors.

LANDO:
They meet Lando in The District, where their mission is laid before them. He teaches them about “Spacing Up” and “The Glow”.

CRANBERRY:
They’ve accepted their fate, begin to gain control of their unique abilities, and must now take a sip of cranberry to seal the deal. They’re instructed to head to The Gold Room.

POINT OF KNOW RETURN:
Once you begin the journey, there’s no turning back.They have their first encounter with The Weak.

ROCKIN AKA SPACE UP!:
They make it to The Gold Room, where time and space seem to slow down. They begin the initial phase of their plan against The Weak.

SPACE CITY EXPRESS:
They leave The Gold Room via the Space City Express. They meet a mysterious figure who fully spaces them up, and the full extent of their abilities is finally revealed.

THE QUESTION INTERLUDE:
The citizens of Space City leave H.I.S.D. with one last thing to ponder.

SHEETROCK:
The Weak provide one final hurdle, a distraction in the form of The Automatics.

THE WEAKEND:
They arrive at the gates of The Weak, about to begin their final assault.